Church of The mother of God are glad 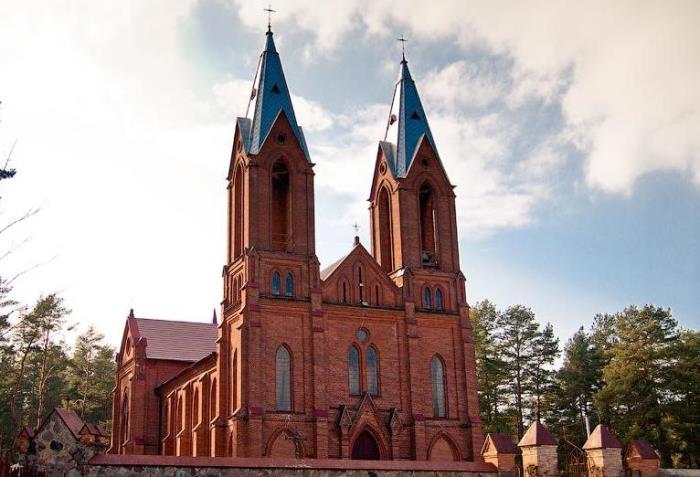 In 1905, the Church building was built of cement, the previous building was wooden and dates back to 1497. The modern Church is referred to the monument of neo-Gothic architecture.  The Church has a Basilica with two towers with a transept decorated with a pentagonal apse.  Two four-sided towers with belfry and high spires were erected on the side of the main facade. The facade is decorated with high stepped buttresses and arched window openings.  The inner room is divided by 8 pillars, which are covered with cylindrical and cross vaults. In the broader middle nave organ the choirs of the open side of the stairs.