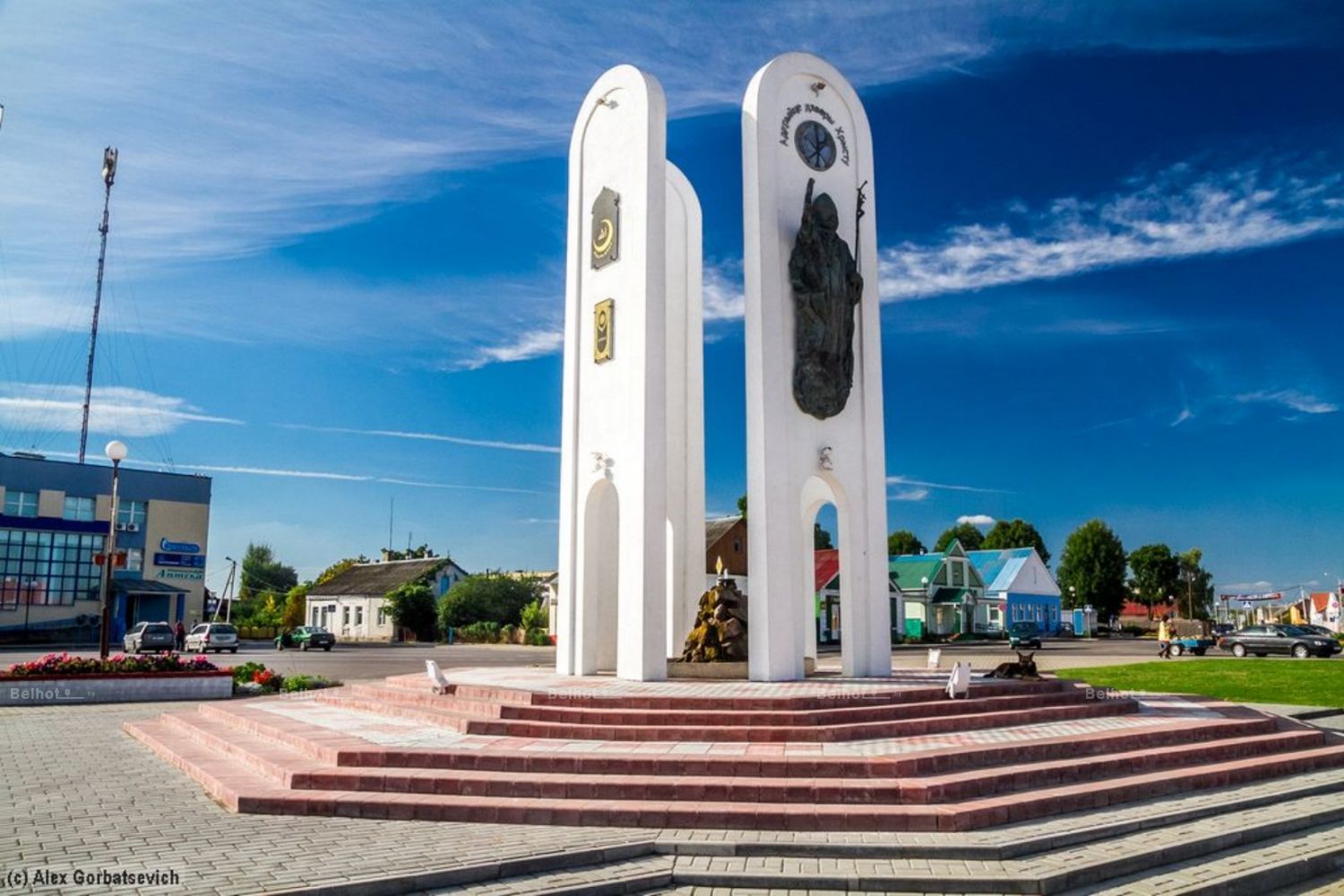 Route: Ivye Museum of National Cultures - Mosque - Church of the Holy Apostles Peter and Paul - Church of the Holy Martyr Baby Gabriel of Bialystok. Slutskiy - the building of the former synagogue - a memorial sign "In honor of friendship and harmony of the confessions of the Ivye region" - an open-air exposition "Wheel of history" - Ivye spring

Ivye is one of the youngest cities in the Grodno region. As the legend says, the name was given to him by a woman - Princess Eva. The wife of Prince Gediminas chose these places on the way from Vilnia to Novogrudok. By her will, a castle was erected, around which the settlement grew. Another legend is no less beautiful: the village was named Ivyem because the nature in the area is replete with many willows. The city's coat of arms is based on the first of the legends. The symbol depicts a noble lady in princely attire with an open book in her hands. This is not just Princess Eva. For centuries, Iwyu has been fortunate enough to have female owners who have done a lot for his well-being and enlightenment. Their collective image became the symbol of the city. The ancient settlement, the first mention of which dates back to the XIV century, acquired the status of a city only in January 2000. Iwyu's fame in the 16th century was brought about by the Arian school founded by Jan Kiszka in 1585. This educational institution went down in the history of enlightenment in Belarus under the name Ivye Arian Academy. Its rector was a like-minded person of Symon Budny, a progressive thinker - humanist, teacher and poet Yan Litsiniy Namyslovsky. After the closure of the Ivye Academy, thanks to the established educational traditions, one of the first printing houses in Belarus was founded. It is believed that in 1619 the "Grammar" by Meletiy Smotritsky was also printed in it.

The planning structure of Ivya has developed historically and is due to its location at the intersection of roads to Minsk, Lida, Novogrudok. The main streets of the town were formed along the roads. At their intersection there is a square (former Market). Ivye is called the city of four religions. For centuries, Orthodox and Jews, Catholics and Muslims have coexisted here. The main thing is that we have always lived in friendship and tolerance, preserving our faith and respecting the traditions and customs of each other. Ivyevschina is a land with a rich centuries-old history. In the traditions and life of local residents, the cultures of different peoples are closely intertwined.