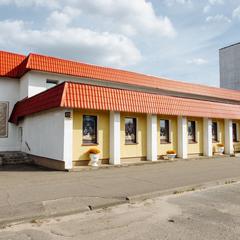 The Smorgon Museum of History and Local Lore was created by the decision of the Council of Ministers of the BSSR in May 1984 and opened to visitors in June. Initially, the museum was located in a former Calvinist church, an architectural monument of the 16th century.

In May 1986, the Ministry of Culture proposed to change the profile of the museum and to create the only museum-theater "Batleyka" in the country on the site of the local history museum. As time went on, religious buildings were returned to believers, and the former Calvinist church was transferred to the Catholic community.

The museum was temporarily rented out and moved to the second floor of a new store. There are years of fruitful work ahead, but without its own exposition and with the name “museum and exhibition hall”. In 2005, the draft design of the future exposition was approved, and in 2012, the building was overhauled.

On July 3, 2013, after renovation, the permanent exhibition "The Road of Dating" and the museum building were opened.

The exposition of the museum consists of 4 rooms. The entrance is represented by a map of the Smorgon region with marked monuments of nature, archeology and historical and cultural heritage.
As of February 1, 2019, the museum fund of the Smorgon Museum of History and Local Lore consists of 11029 museum items of the main and 5152 museum-auxiliary funds.