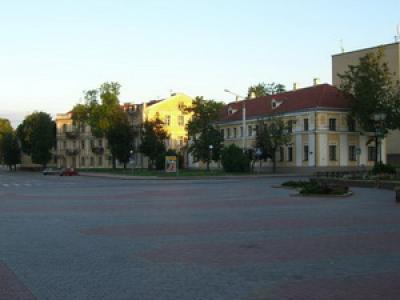 Antoni Tyzenhaus square, named after the Grodno headman, statesman and reformer of the second half of the 18th century. Serious economic reforms in the royal titles in the Grand Duchy of Lithuania were implemented under his   leadership from 1765 – 1780. These buildings were erected for the administration of A. Tyzenhaus on Horodnytsa (the northern outskirts of Grodno) as part of the project of I. Möser and J.Sacco.