Fortress-church of St. Michael the Archangel Церковь, the end of 15th – the beginning of the 16th 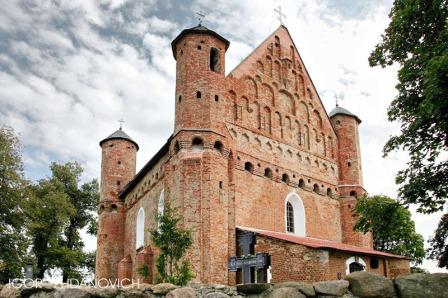 It is included in the list of historical and cultural values ​​of the Republic of Belarus 0 category. It is included in the preliminary list of objects proposed by the Government of the Republic of Belarus as candidates for inclusion in the UNESCO World Heritage List. The fortified church is a unique monument of defensive architecture. Built of brick on the northern outskirts of the village. To this day, has retained its appearance almost unchanged. The plan is a slightly skewed quadrangle measuring 17.5 x 13 m with a three-nosed division. The architecture shows the features of the Romanesque and Gothic styles.