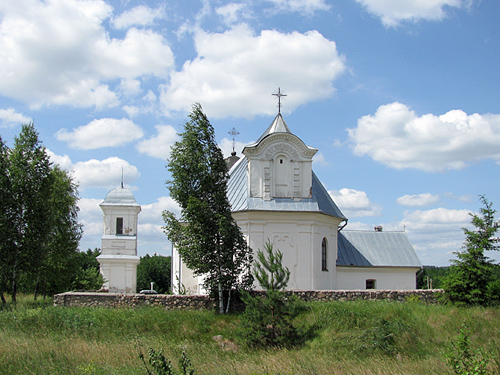 It is included in the list of historical and cultural values ​​of the Republic of Belarus of the 3d  category. It is a monument of late baroque architecture. It was built in 1782, reconstructed in the middle of the 19th and late 20th centuries. The bell tower of the baroque forms adjoins the church.