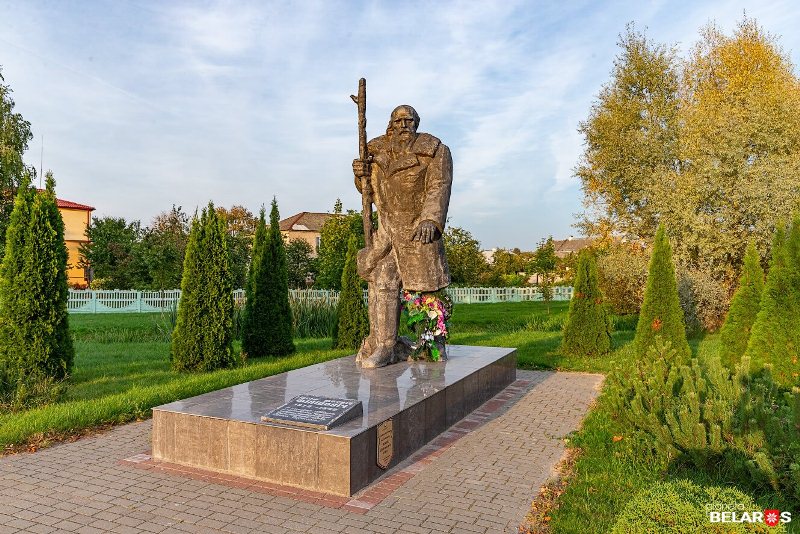 Rate this item
(0 votes)
Dyatlovo town, the intersection of Pervomaisk and Krasnoarmeyskaya

In the city of Dyatlovo, a monument was erected to the peasant Joseph Filidovich, who, during the Great Patriotic War, repeated the feat of Ivan Susanin. Joseph Filidovich lived with his daughter-in-law and grandson in a remote farm. He knew the places in the area well and helped the partisans organize a hospital and an armory in the middle of the swamps. Once on a farm, the fascists came to the peasant. They beat his daughter-in-law and grandson, and when they began to throw a noose around the neck of a 12-year-old boy, Joseph could not stand it and promised to show where the partisan hospital was located. He led a large group of Germans in the opposite direction from the partisan gathering place and for a long time drove along barely passable swamp paths. When the Germans realized that the old man had deceived them, they shot him, but they could no longer get out of the forest and died in the swamp. A film was shot about the feat of Joseph Filidovich, and a monument was erected in his honor.