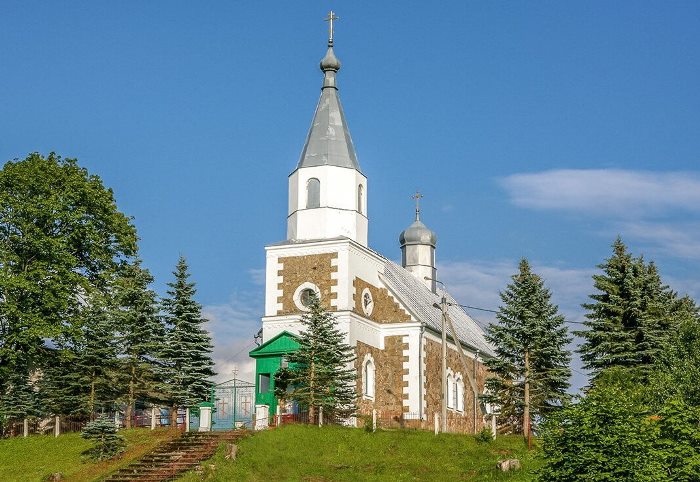 The Church of St. Alexander Nevsky stood out on the picturesque landscape of the village of Krevo in 1854. In those years, it was built in the likeness of a ship of rubble stone and brick, being a strong architectural ensemble in the style of traditional Orthodox architecture.  She took the first blow at the beginning of the First World war and suffered greatly. The village was burned, the Church turned into a pile of stones, the castle was partially destroyed.
Returning from Russia, local residents began to restore the Church, having built by 1928 on their own and under the supervision of the rector of the former Church.  Later, major repairs were carried out, and now the Church is in excellent condition, attracting not only local parishioners, but also tourists.