Church of the Holy Life-Giving Trinity 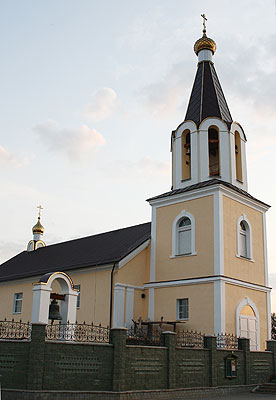 The monument of architecture of classicism and retrospective-Russian style is the church of the Holy Life-Giving Trinity. It was built on the foundation of a wooden church in 1443. In 1867, Alexander II, the Russian emperor, presented several icons to the Zelva Orthodox Church. Since then, they are kept in the temple as the greatest shrine. From the 19th century the inscription on the iconostasis also survived, which indicates an expensive present: “The Gift of the Sovereign Emperor”. During the war of 1941-1945. the church was not affected. Famous people of the clergy were buried outside the fence near the church.