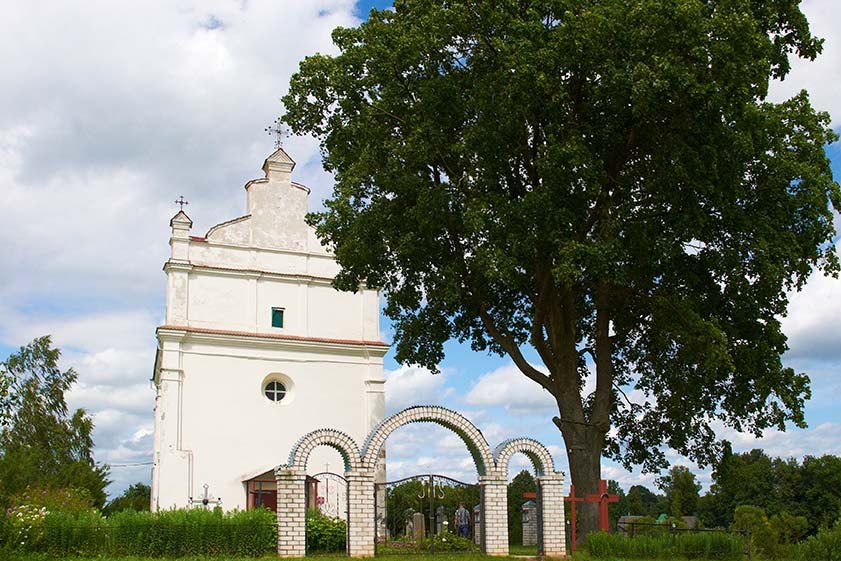 Monument of late Baroque architecture. Built of brick on the northern edge of the village in the middle of the XVIII century., half destroyed in 1943, rebuilt in 2002.
The building is rectangular in plan, covered with a high gable roof. On the north-eastern side of the Church is adjacent to the square in terms of sacristy (built in the late XIX — early XX century). The main facade of the Church is completed with a three-tiered attic pediment. The lower rectangular tier is the base of the figured shield. The plane of the main facade is cut through by an arched entrance opening and a small rectangular window in the lower tier of the pediment.
The interior is covered with a flat ceiling. The walls are divided by pilasters, and above them are the frescoes of the apostles. The coloring of the ceiling mimics the dome. At the entrance — choirs. The wooden fence of the choirs is painted (niches with rosettes)