Mass grave of soldiers and partisans 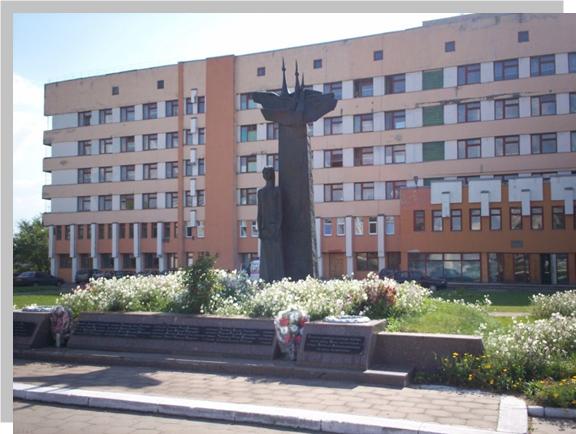 On the territory of the district hospital there is a mass grave of soldiers and partisans of the Great Patriotic War.

Buried 12 soldiers and 2 partisans, who died in 1941-44. in battles against the German fascist invaders. In 1959. a monument was erected on the grave - sculptures of two soldiers. In 1993. installed new. The figure of a woman with flowers in her hands. Dressed in bronze, she came to the grave to honor the memory of the dead with a minute of silence, to lay flowers. The wreath of the monument was three cranes, which proudly tear up to bring good to people. They imitate the dead, their immortality.