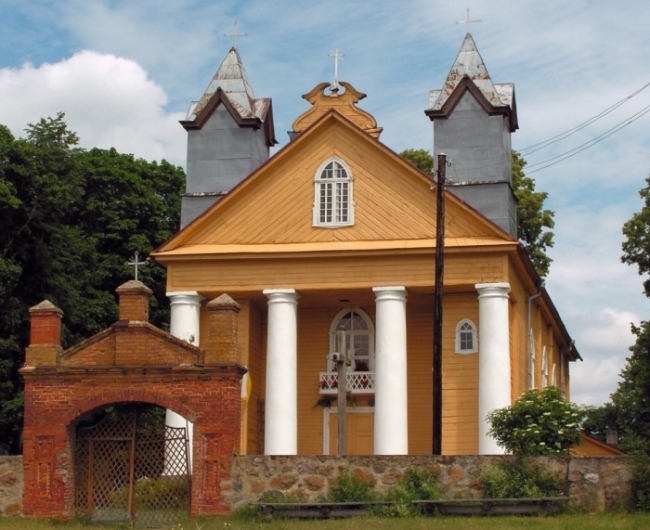 Wooden Trinity Church, built in 1809 on the initiative of Jan Kishka, a statesman of the time.
In the late 19th-early 20th century, the Church was slightly rebuilt (he expanded the Shrine), and before the temple there was a beautiful stone gate and fence. Around the same time, in 1906, the Church was supplemented with a bell tower.
During the First world war, the Trinity Church was converted into a military hospital, in the 60s of the last century and completely closed. It resumed its activities two decades later, and since then its doors are constantly open to parishioners and curious tourists.