Church of the Holy Apostle Tadeusz 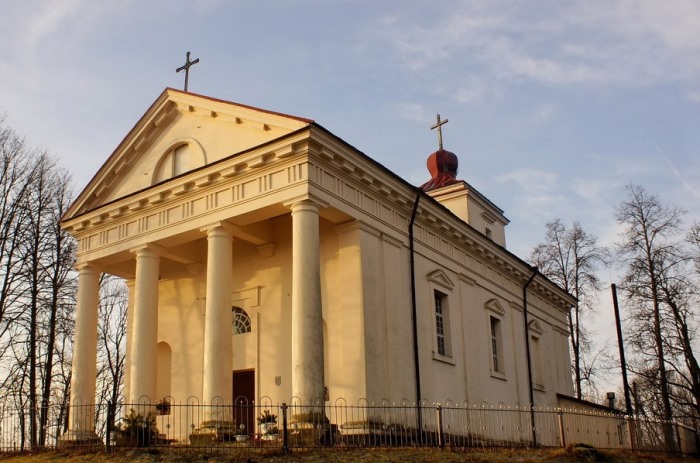 The construction of the Church of St. Thaddeus in Vishnevo  finished in 1820. It is considered a representative of the style known as classicism. This is clearly indicated by the pediment with four columns, taming the facade, as well as some other architectural elements. However, in the appearance of this temple can be found and features inherent in the Baroque. This applies, for example, to the shape of the dome crowning the tower, which is located above the altar part.
In the interior, special attention should be paid to the altar image of "St. Joseph with the baby Jesus", which was written by the famous artist Jan Damel. The ensemble also includes a two-tier hipped bell tower, whose base is made of rubble stone.