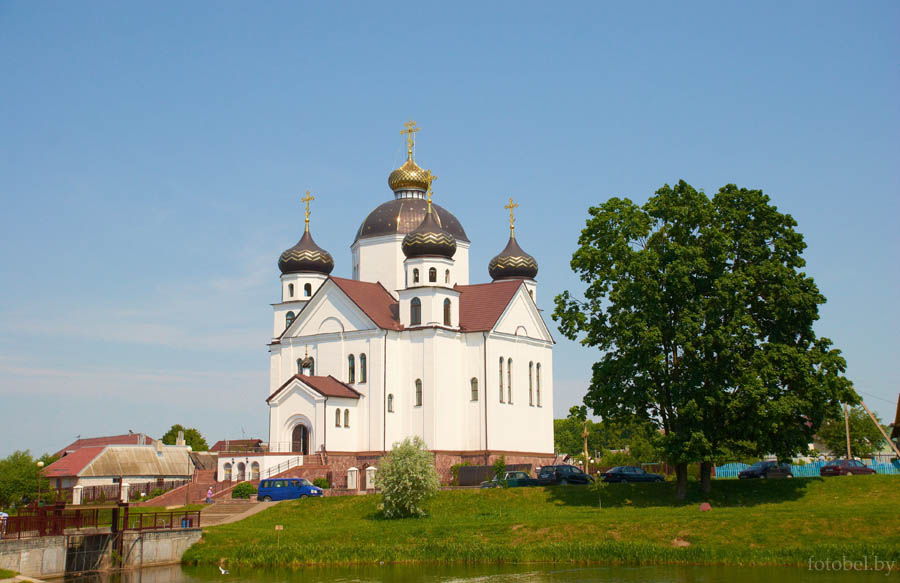 The Cathedral of the Transfiguration of the Lord (Spaso-Preobrazhenskaya Church) in Smorgon was destroyed during the Khrushchev persecution. After construction, the five-domed Cathedral, which can accommodate up to 1.5 thousand people, is the largest structure in the city. Its height is about 40 meters, length-35, width-about 28 meters. The Cathedral has become the dominant feature of the settlement and can be viewed from all sides, since it is located at the highest point of Smorgon near the city Park.

The construction of the Cathedral — the first Orthodox Church in the city-was carried out at the expense of donations from parishioners and entrepreneurs, as well as with the support of state structures. The decision of the Church and secular authorities a year ago that the consecration of the Church should take place on September 6, 2009, on the XVI day of Belarusian writing, played an important role in speeding up the construction work.