At the confluence of two rivers: Neman and Shchara 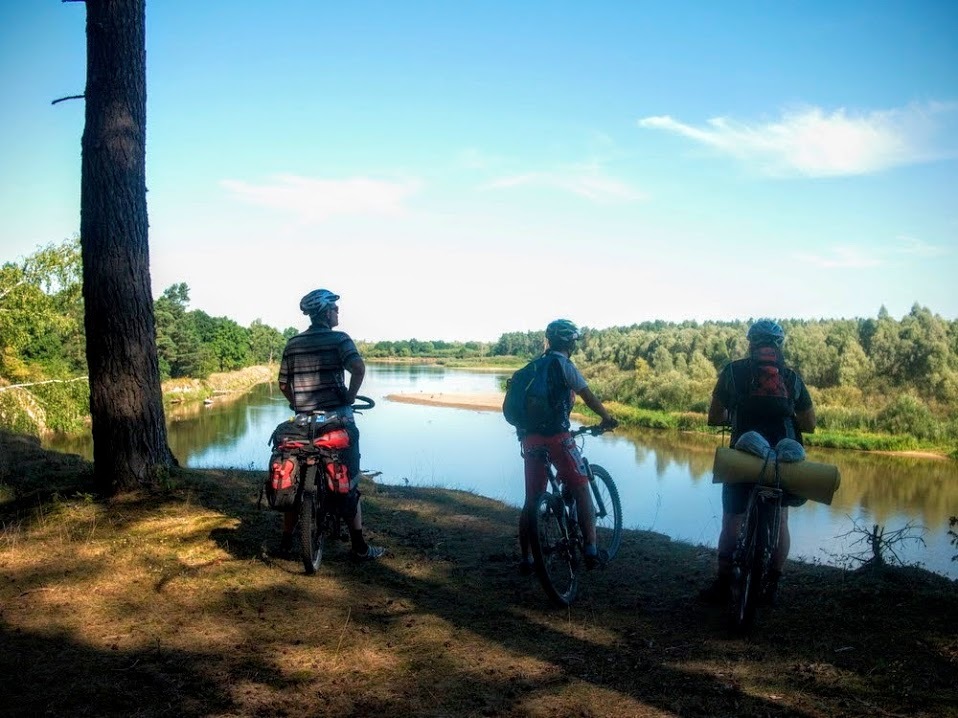 The route is designed for a different category of tourist for both schoolchildren and adults.

There is a krynitsa on the left bank. The water in it does not freeze even in the most severe frosts. A cross consecrated to local priests was erected at the source.

Further, the path leads us to the old tar. Today in Belarus there are almost no places left where you can get acquainted with the peculiarities of one of the most common crafts of the inhabitants of Belarusian forests. This building can be considered unique.

After crossing the Shchara river bridge, we visit a memorial erected to the victims of fascism and heroes - partisans. Museum - dugout.

The Shestyly site has its own attraction in that at this site there are 350-year-old oak trees in a volume of up to 460 cm. Among the conifers there are separate stands with 130 years of age, common hornbeam, common wolf bast, and there are also fragments of trenches of the First World War.

Parking "Zhamoyda" (perekop) the lake has a horseshoe shape. On the opposite side there is a 200 year old oak forest. Along the route to the camp, there are pine trees that have reached this age of 120-130 years. The lake is connected to the Neman by a pipe. This element has been used to run livestock grazing. Here you can watch pairs of swans, catch pike, bream, tench, carp in the lake.

On the trail there are information and educational signs with the most interesting information about the natural potential of the Lipichanskaya Pushcha reserve.

"Lysaya Gora" It is considered the highest place within the reserve. In fact, this is not a mountain, but a high steep bank of the river. Neman. It is called bald due to the fact that it is constantly washed away by the Neman and the age-old pines growing on its edge slide into the river, leaving the bank without trees or simply bald. Today it is one of the most beautiful places on the Neman River. Here live egret, gogol, merganser, gray gull, etc.

Dubrava of the Obsokh tract is located in the interfluve of two rivers Shchara and Neman. Dominant in this oak forest is the pedunculate oak, which reaches 200 years of age and at the same time has a thickness of 2 - 3 meters. The age of the oldest oak trees on the territory of the tract is about 300 years old and the area they occupy is 34 hectares. In total, about 20 species of tree species and over 300 species of grasses grow in the oak forest. Rare and endangered plant species listed in the Red Book of the Republic of Belarus grow in the oak forest.